Vinhomes Ocean Park 2 - The Empire is racing against time to soon complete the unique and massive utility system in the East of Hanoi.

Vinhomes Ocean Park 2 - The Empire is in a busy scene day and night. Hundreds of specialized vehicles and thousands of workers follow the construction site 24 hours a day. 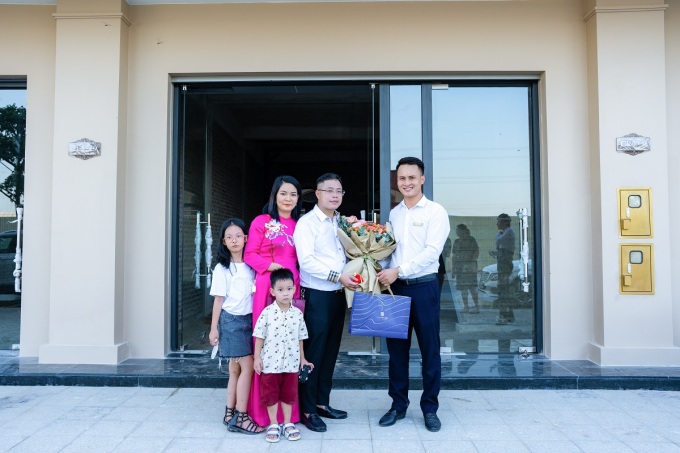 A representative of Vinhomes said that the utility system is expected to reach the finish line before the new year 2023. In which, the 2.6km-long Silk Park canal park is expected to be completed in December this year. This is a prominent piece that creates a huge "lung" of the whole East of Hanoi, including landscape clusters: flower gardens, trees, grass, along with walking paths and huts. 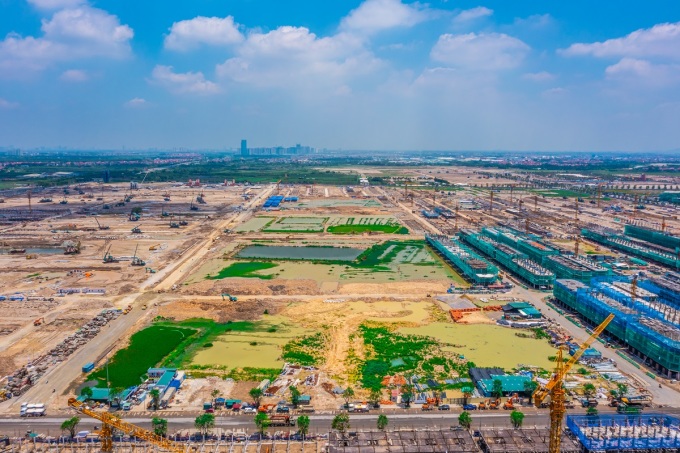 Contractors are "racing against time" to soon complete the utilities. Photo: Vinhomes

Expected to be completed in December 2022, there is also a 5.8-hectare Kingdom Avenue with a Parisian (France) sound. The highlight here is the 3.68-hectare Empire Square, which is shaped to be a "sleeping destination", with rows of townhouses with the beauty of Renaissance art, along with the iconic Tower of the Goddess of Light. light up to 50m high.

Previously, the Royal Wave Park artificial wave park complex of 18 hectares - the largest in the world was inaugurated right after the launch of the marine megalopolis at the end of April this year. Immediately, this place became the vibrant center of culture, art and entertainment of the whole region, with 3 consecutive festivals held, attracting hundreds of thousands of visitors. 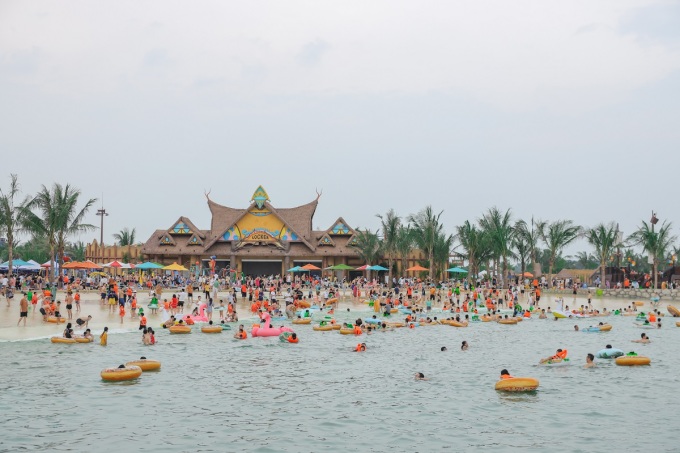 The Sea Park Complex has attracted customers and residents to experience. Photo: Vinhomes

According to a representative of Vinhomes, Vinhomes Ocean Park 2 - The Empire has a connection with Vinhomes Ocean Park to form a "super urban marine complex" with an area of ​​​​nearly 1,200 hectares. A series of facilities at Vinhomes Ocean Park have been put into operation such as: Crystal Lagoons saltwater 6.1 ha wide, Pearl Lake 24.5 ha wide ... Along with that is a series of large parks, integrates thousands of utilities that residents can use.

Residents of Vinhomes Ocean Park 2 - The Empire also enjoy a comfortable life thanks to Vin Group's ecosystem. All shopping and entertainment activities will be met on the spot, within 15 minutes of travel. In particular, Vincom Mega Mall, scheduled to open in December 2023, will be a "brand paradise", bringing together famous domestic and international brands. Not to mention, Vincom Mega Mall Ocean Park 5.6 ha has come into operation at Vinhomes Ocean Park.

A network of up to 40 high-quality schools, from preschool to high school, is also a significant convenience to Vinhomes Ocean Park 2 - The Empire. In addition to the Vinschool inter-school system in phase 1 that has already enrolled students, a new education system will open from the academic year 2023-2024. In particular, Vinhomes's urban mega-urban complex also has VinUni University in operation. 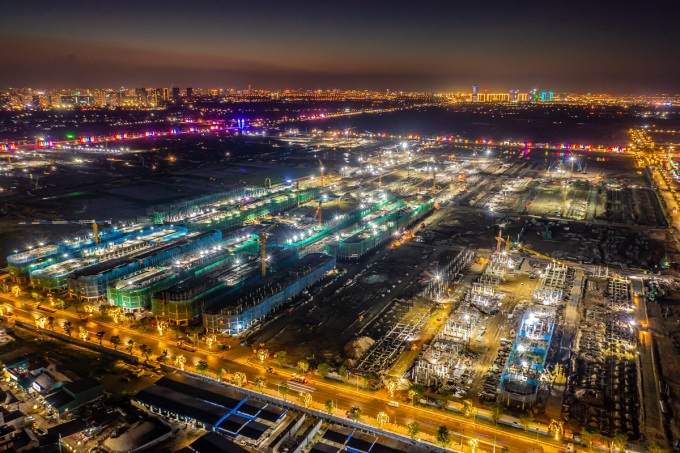 At night, the construction site at Vinhomes Ocean Park 2 - The Empire still lights up. Photo: Vinhomes

The health of the resident community here will be taken care of by the 5-star resort hospital Vinmec Health Resort, with 18 single-family villas and 18 super-luxury presidential rooms for the first time in Vietnam. Full function of medical examination and treatment, surgery and convalescence. As expected, this utility will complete construction in November 2023 and start operation in July 2024.

In addition, in the "super urban complex" of 1,200 hectares, there is also the presence of the VinBus electric bus system, Vinhomes standards of operation management, security and safety, the certified Technopark Tower office building. Leed Platinum green building... This utility system creates a special attraction, attracting investors and customers to the East of Hanoi.