Tim Cook doesn't believe in life in the metaverse

In an interview with Bright (Netherlands) during his visit to Europe last week, Tim Cook shared his views on new technologies, especially on VR, AR and the metaverse . While many companies see the virtual universe as the future of humanity, and "metaverse" has become an increasingly common term, Apple is one of the few tech companies that hasn't used the concept.

The Apple CEO thinks it's important for people to understand it. "And I'm really not sure the average person can tell you what the metaverse is," he said. "Virtual reality is something you can immerse yourself in. But I don't think you're going to want to live your whole life that way. They should only be for certain periods of time, and it's not a good way to communicate. next".

Cook's views are said to go against Meta CEO Mark Zuckerberg . The founder of the social network Facebook has bet almost entirely on the virtual world and changed the company name to Meta last year. 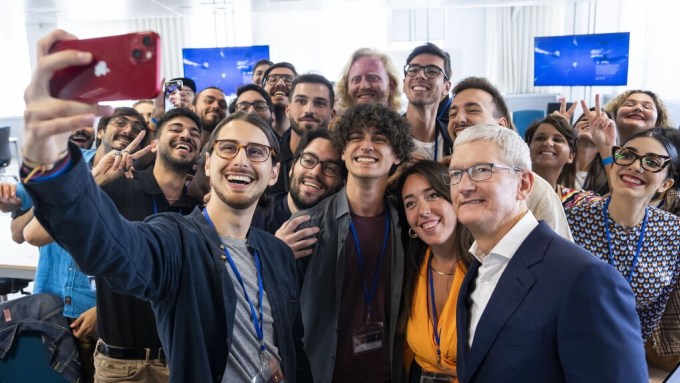 Although he does not appreciate the metaverse, Tim Cook has great faith in technologies that help interact the virtual world with the real world. For example, AR technology can bring virtual objects to life in the real world through phone cameras or smart glasses. In sharing with Bright , Cook said many AR apps are now available on the App Store and far in the future. "AR will be a technology that affects everything. We will then look back and think about how we lived without AR," he said.

Earlier, in a conversation with students at some universities in Europe, the Apple CEO said that in the future, the lack of AR is like life without the Internet or smartphones today. At the same time, he affirmed that this future "won't be long".

Cook also talked about the importance of learning to code, saying that a programming language "will be the only and most important lingua franca you can learn", in addition to the mother tongue used to communicate.

"I think people should learn to code before they graduate from high school and it's best to be taught in elementary school," he said.

In a message to investors earlier this year, the Apple CEO also affirmed that the company "prioritizes innovation, always exploring new emerging technologies" and that the metaverse is an interesting area. According to some leaked sources, Apple may launch AR and VR-enabled headsets in 2023, before launching Apple Glasses in 2024.

Luu Quy (according to Rtlnieuws , MacRumors )