Apple may take decades to reduce production in China

Apple wants to limit its reliance on Chinese factories, but withdrawing 10% of its operations from the country could also take up to eight years.

"China accounts for 70% of global smartphone manufacturing capacity, and manufacturers in this country account for nearly half of shipments. They also have a complete supply chain that is difficult to replicate in other countries. Apple has may lose access to that supply chain if it leaves China," a report published by Bloomberg on September 30 said.

The information comes in the context of many technology corporations, including Apple, looking to move part of their operations out of China to limit dependence on this country. The US-China trade tension and strict Covid-19 control measures also affect factories supplying equipment to Apple. 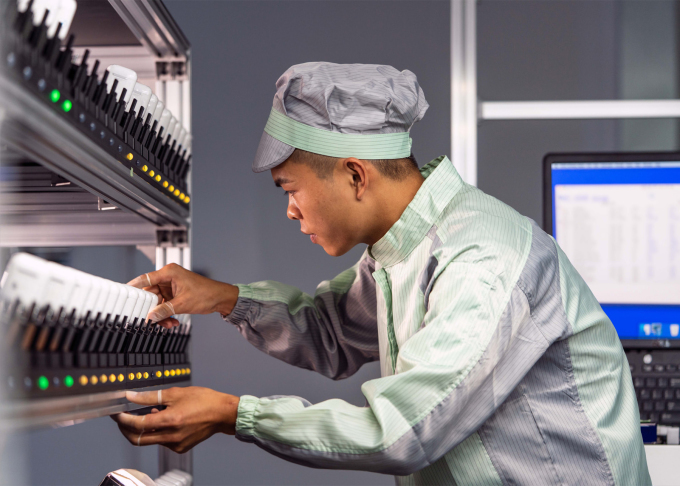 According to Bloomberg , 98% of iPhones are being built in China, along with a large number of component suppliers. American businesses take billions of dollars and years to grow, making it very difficult to repeat the model in other countries.

"It could take Apple eight years to move 10% of its production out of China," the report said, without detailing how this estimate was made. Experts also say that Apple is more dependent on China than other businesses, and estimate that the electronics and hardware industry can reduce its dependence by 20-30% in the next 10 years.

Foxconn, Apple's largest supplier, is investing in a device manufacturing plant in Vietnam. Bloomberg warned that the US corporation may take years to build a new supply chain outside of China, but did not mention that Apple has moved the production line of Macbook Pro to Vietnam after the blockade to respond to Covid-19 in Vietnam. China.

Despite expanding factories to many regions around the world, most of Apple's manufacturing partners are still Taiwanese and mainland Chinese companies, such as Foxconn, Luxshare, and Pegatron.

Factories in Vietnam currently produce many important products in the global mobile market, including a series of devices from Samsung, Xiaomi, and Apple's AirPods. Since the beginning of the year, much information from the supply chain shows that a number of other Apple product lines such as Apple Watch, iPad, and MacBook are also being gradually transferred to Vietnam.

Previously, according to JP Morgan, Apple and Foxconn aim to ship about one million iPhone 14 per month in India by the end of the year, equivalent to 5% of total production and increase to 25% in the next three years. Meanwhile, by 2025, Vietnam is also expected to contribute 20% of the total production of iPads and Apple Watches, 5% of MacBooks and 65% of AirPods.

Diep Anh (According to Apple Insider )