European businesses and households are facing a harsh winter, despite governments spending more than 300 billion euros in bailouts.

The economic damage from Russia's shutdown of gas supplies is growing rapidly in Europe. Analysts fear the damage is even bigger than the impact of the 2009 global financial crisis.

The Bruegel think tank estimates that by mid-September, EU governments have earmarked €314 billion to ease the impact of the energy crisis on consumers and businesses. According to Bruegel researcher Simone Tagliapietra, this is "clearly unsustainable from a financial perspective".

Bloomberg assessed that a Europe-wide economic recession seems inevitable. A harsh winter is coming for chemical, steel and auto manufacturers. The state of these businesses and households is sounding the alarm about high energy costs.

Under the base scenario, Bloomberg Economics estimates EU GDP will shrink by 1% and recession starts in the fourth quarter. This scenario combines both energy supply, prices and growth, assuming Russian gas flows at around 10% compared to 2021.

But even with this scenario, the expert team thinks the impact is already very severe. "Even after government support, the decline in real income is still large enough to cause a recession," the expert group assessed.

In the event of a colder winter and the 27 EU member states not effectively sharing gas resources, the decline could be as high as 5% this winter and inflation up to 8% next year. This recession is comparable to the 2009 financial crisis.

Even if this outcome is avoided, the eurozone is still on track to enter a 2023 recession of its third largest magnitude since World War II. In which, Germany belongs to the group that suffers the most.

"Europe is clearly heading for a pretty deep recession," said Maurice Obsfeld, former chief economist at the IMF and now a senior fellow at the Peterson Institute for International Economics in Washington. 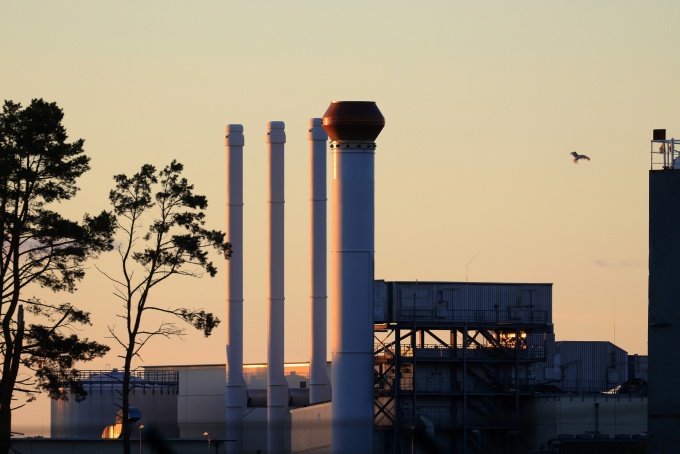 The bleak outlook comes as within seven months of the Ukraine conflict, European governments have spent hundreds of billions of euros supporting businesses and households, while calling for energy savings. However, those rescue efforts may still be flawed.

Companies and consumers are under another pressure. The European Central Bank (ECB) is raising interest rates at a record fast pace to combat inflation. ECB President Christine Lagarde said earlier this week that she expects policymakers to raise borrowing costs at their next meetings.

Experts expect the ECB to raise interest rates by 75 basis points at its monetary policy meeting on October 27. "We expect economic activity to slow significantly in the coming quarters," Lagarde said.

Some energy industry watchers warn of a protracted crisis, potentially bigger than the oil crisis of the 1970s. Jamie Rush, Bloomberg's chief European economist, says the final impact will be the end. of shortages could be even worse than forecast.

In times of energy crisis, industrial supply chains are at risk of severe disruption. Businesses may have to shut down because of high energy costs. Fertilizer and steel are the industries most affected by the shortage of input materials and high energy use.

Evonik Industries (Germany) - one of the world's largest producers of specialty chemicals - has warned of the long-term consequences of high costs in the long run. "The basic condition for the well-being of the German economy, and in particular of industry, is the availability of energy from fossil sources at a reasonable price," the company said.

Europe's problem dates back to last year, when energy prices rose as demand recovered from the pandemic and Russia reportedly began quietly restricting gas supplies. In February 2022, the conflict in Ukraine further pushed the economy into chaos amid high inflation. By early September, the limited amount of gas flowing through the Nord Stream 1 pipeline from Russia to Western Europe was indefinitely stopped.

Just a year ago, gas supplies from Russia, including LNG, met about 40% of total European demand. So even though gas and electricity prices have fallen from their record levels in August, they are still six times higher than normal in some areas. At that price, thousands of companies cannot survive long without government support.

Politicians have taken financial measures to prevent economic catastrophe during the pandemic and to solve the current energy crisis. Now, they must continue to choose whether to provide more relief. If this continues, public finances will be further strained.

"Governments are under tremendous pressure to intervene," said Dario Perkins, economist at TS Lombard in London. According to this expert, the authorities must support households and businesses, or accept the economic downturn.

Europe's energy pain may be just the beginning. Christyan Malek, global head of energy strategy at JPMorgan Chase & Co, thinks that once Beijing relaxes anti-epidemic restrictions, China's demand for LNG will increase. At that time, competition and price pressure on Europe will increase even more.

"It's not just a matter of three months. It could last two years," commented Anouk Honore, Senior Research Fellow at the Oxford Institute for Energy Research.