World airlines find a way to recover after the rescue package

China, Thailand, Australia ... splashed billions of dollars to save aviation when airlines were on the verge of bankruptcy.

TAP, Portugal's national airline, said it was implementing restructuring goals, despite the world market still facing many uncertain factors. Following a €3.2 billion rescue package from the European Union in December last year, TAP is aiming to achieve strong business results by 2023 and net profit by 2025. Previously, in 2021, the company had a record loss of 1.6 billion euros. In the first half of 2022, TAP lost 202 million euros, halving compared to the same period last year.

In China, the government is stepping up to rescue the nation's aviation industry from a slump in business. A stimulus package launched in June, with 33 contents is considered a significant aid from the government to airlines, including an emergency loan of 150 billion yuan (US$22.4 billion) and a loan limit. 200 billion yuan in bond issuance.

China's Finance Ministry also said in May that it would subsidize airlines for two months, in the face of a recession caused by the pandemic and rising oil prices. The maximum allowance will be 24,000 yuan ($3,574) per hour for a loss-making flight. However, assistance will only be provided when the average daily number of domestic flights falls below or equal to 4,500 per week.

The subsidy comes as China's three largest airlines, Air China, China Southern Airlines and China Eastern Airlines, recorded a record loss of about $7.2 billion in the first half of the year. From January 2020 to June 2022, the total loss of these three firms amounted to 18.4 billion USD.

According to representatives of companies, the impact from Covid-19 and the slide of the yuan caused great obstacles to business activities. Accordingly, the yuan's exchange rate against the US dollar fell to the lowest level after 14 years, making the aviation industry suffer heavy losses because it depends on imported spare parts and fuel. In addition, the Zero Covid policy, with many border restrictions, is still being applied, causing a loss of revenue from international routes. 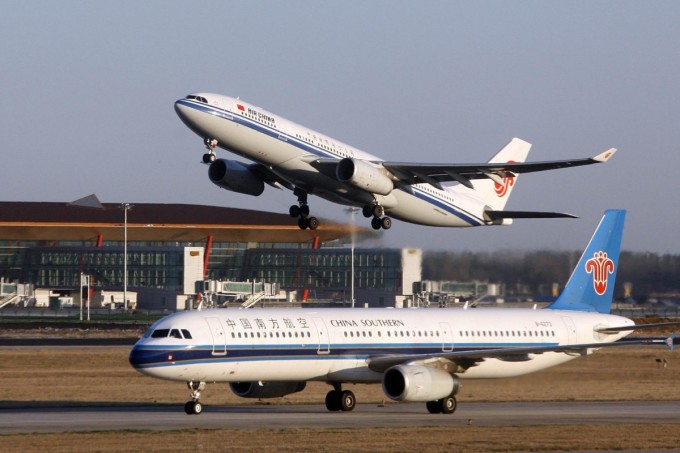 China Southern takes off at the airport. Photo: Bloomberg

In Thailand, the aviation industry has many positive signs before the recovery of the tourism market, after the tumultuous period. Previously, national carrier Thai Airways filed for bankruptcy protection in 2020, due to accumulated losses since 2013.

In early August, Thai Finance Minister Arkhom Termpittayapaisith said that Thai Airways will receive financial support for its plan to raise capital to 80 billion baht ($2.2 billion) and swap debt into equity. , in order to recover from bankruptcy.

State-owned banks will take the lead in financing new loans, converting debt and increasing shares in Thai Airways, according to the airline's reform plan, Arkhom said. and approved by the court last month.

Accordingly, the Thai Ministry of Finance and some state agencies will maintain a share ratio of at least 40%, and not exceeding 50% to promote the competitiveness of service providers. The company expects the debt restructuring plan to be completed by 2024.

"Thai Airways' situation is much better," Mr. Arkhom said. This gives creditors and shareholders confidence in the existence and future of the airline.

Australia's national airline also recently announced a third consecutive year of losses of about $830.67 million. Qantas CEO Alan Joyce said, "The airline cannot turn a profit as quickly as other carriers like in Singapore, because it does not receive much government support and lacks a plan in the face of the Covid wave. -19".

The loss announcement came after a Qantas employee strike before a period of unanswered salary negotiations. 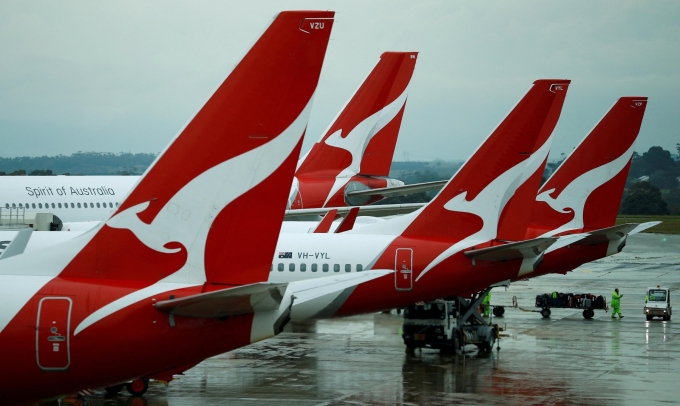 Qantas is the national airline of Australia and the 11th largest airline in the world. The airline has previously received around $2 billion in government support, including $850 million in wage subsidies for those who have lost their jobs. Since the pandemic, the company has cut nearly 9,000 jobs, out of nearly 30,000.

The picture of the world aviation in 2022 is brighter than in 2021, but experts warn there will still be many difficulties. Higher fuel prices after geopolitical upheavals dragged down airline profits in the first half of the year. Besides, when airlines are still in the post-Covid recovery process, the risk of a recession is increasingly evident. The IMF just cut its world economic growth forecast for 2023 by 0.2 points to 2.7% and warned more people will feel a recession in 2023. Shares of many airlines. also turned down when the US Federal Reserve raised interest rates in September, on fears that the Fed's move would push the US into a recession.