The M2 processor is confirmed by Apple to be a significant upgrade in multi-threading performance, an increase of 18% compared to the M1 version.

During the WWDC 2022 event, taking place early this morning in California, Apple announced the next generation of chips specifically for Macs.

The M2 is manufactured on the second generation 5 nm process with 20 billion transistors, 25% more than the M1, while the controller offers 100 GB/s unified memory bandwidth, 50% more. 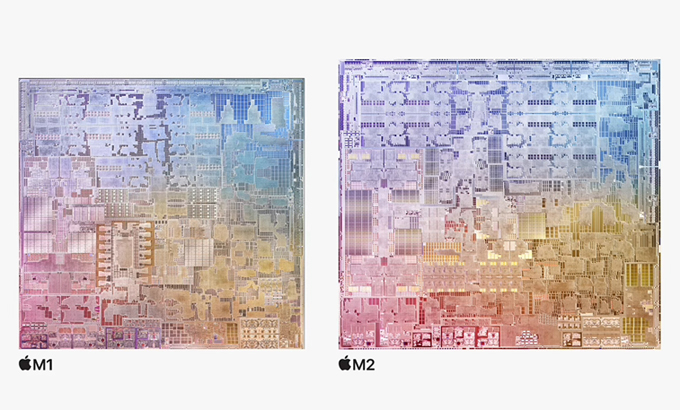 With large caches, the high-performance CPU cores deliver 18% more multithreading than the old chip. As a result, the new chip can perform CPU-intensive tasks with less power.

The new GPU has up to 10 cores, more than on the two-core M1. Combined with massive cache and bandwidth, the GPU delivers 25% more graphics performance at the same power level and 35% more at full power.

Apple also made a comparison of the M2 chip with two laptop models running 10-core and 12-core chips of competitors, but did not name them. The results show that the M2 excels in terms of performance, operability and energy use. 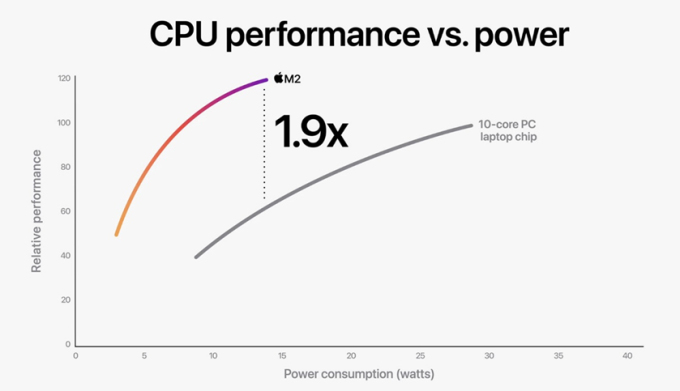 Compare CPU performance and power between the M2 chip and the 10-core chip. Photo: Apple

The M2 also features Apple's latest custom technologies, with a Neural Engine that can handle 15.8 trillion operations per second, 40% more than the M1. The new chip is compatible with the current macOS Monterey and the upcoming macOS Ventura.

M2 will be equipped on two new MacBook Air and MacBook Pro models.

Apple says the new M2 chip and MacBook line meet environmental standards. Between now and 2030, Apple products will be designed and manufactured to be 100% carbon-neutral, while also improving the device's life cycle.