US oil reserves are gradually shrinking to a record low in nearly four decades due to efforts to stabilize gasoline prices.
September 25, 2022  Europe is 'thirsty' for electricity, Asia and Africa lack food - it turns out that the cause comes from the situation...
September 24, 2022  The 'strange' move of countries when Vietnamese durian exports to China
September 24, 2022 In order for electric cars to be successful in the US and Europe, VinFast must surpass Tesla in the ... 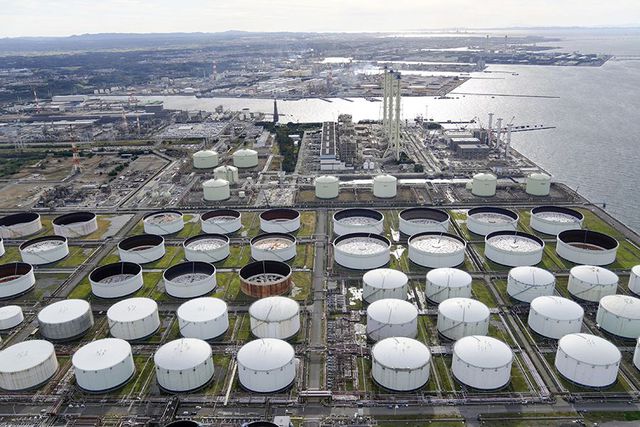 US oil inventories are at their lowest levels in decades.

The US Strategic Petroleum Reserve (SPR) has fallen to its lowest level in nearly 40 years, the Wall Street Journal (WSJ) reports, citing weekly data from the Energy Information Administration (EIA).

Crude inventories fell by nearly 7 million barrels in the week to September 16, to 427.2 million barrels - their lowest level since 1984, the WSJ reported. According to the report, this is the first time that the SPR has contained such little oil in commercial storage since 1983.

President Joe Biden announced that a record 180 million barrels of crude oil will be released from SPR storage by the end of March, in an effort to deal with rising fuel prices and market disruptions caused in part by any related to Russian oil exports to the global market amid the conflict in Ukraine.

Under the plan, the US will sell about 1 million barrels of oil per day within six months. This volume is more than three times higher than any previous sell-off from the strategic reserve SPR, according to analysts. Official data shows that around 155 million barrels have been released from the SPR so far this year, and another 10 million barrels to be sold in November.

According to a recent analysis from the US Department of Finance, the supply of oil from the US strategic petroleum reserve, along with coordinated actions from international partners, has helped reduce domestic gasoline prices by about 40 percent. cents/gallon compared to the level when not exploiting the stockpile.

Retail gasoline prices in the US have been steadily declining for more than 13 consecutive weeks since June 2022, according to data from the American Automobile Association (AAA). Earlier this week, however, the average nationwide gasoline price inverted, attributed to maintenance work at several US refineries.