The paradox of buying an electric car: go less, ask for a long distance

USA Most cars only travel 48 kilometers a day or less, but drivers often want an electric model that can go 480 kilometers per charge.

For electric car buyers in the US, the ideal number of miles per charge is about 480 km. According to a survey conducted by Bloomberg , about 66% of 5,500 respondents said that 480 km or more is suitable for their needs, while less than 10% compromise with 320 km or less. A survey conducted by Cox Automotive in 2021 showed similar results: an average of about 540 km is the demand of people considering buying an electric car.

But these results have no connection between what American drivers want and what they really need: about 95 percent of daily car journeys in the US are 48 kilometers or less. 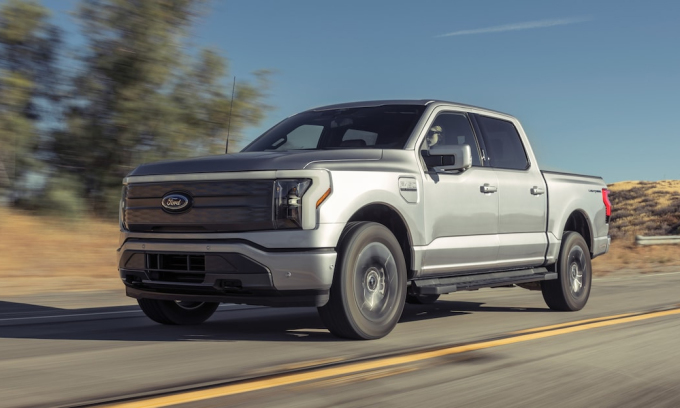 At this point, automakers seem to be trying to meet unrealistic expectations of Americans, launching more and more electric vehicles with larger batteries and longer journeys, limiting small models. Of the more than 80 electric vehicles and variants currently sold in the United States, only three - the Mini Cooper Se, the base Nissan Leaf and the small battery version of the Porsche Taycan - have a range of 321 km or less with each charge. Nearly 40% of the above 80 products have traveled at least 482 km.

Buying cars that exceed demand is an American tradition, and this is happening with electric cars. But if buying an internal combustion engine car that exceeds demand usually means extra seats, extra storage space or unnecessary power, an electric car will mean too much battery.

Buying an electric car is basically like buying a battery pack with wheels. The lithium-ion battery is also the most expensive and heaviest component of the vehicle. More batteries also mean more greenhouse gas emissions - contrary to the original goal as the world transitioned to electric vehicles - as well as an increased risk to other road users.

Also according to Bloomberg 's electric vehicle ratings , the average efficiency is about 5.3 kilometers per kWh of battery. That means 482 km requires about 91 kWh.

According to BloombergNEF, in the market, battery packs cost an average of 118 USD per kWh. So a 91 kWh battery costs nearly $11,000 to make. And with an average energy density of about 174 Wh per kilogram, the $11,000 battery is essentially 499 kilograms heavier.

The excess weight as well as the extra costs mentioned above just for the journey to the grocery store or around the city is an open question for drivers as well as car companies. "For every kWh of battery, we add a cost to the customer, and we add CO2," says Fredrika Klaren of Swedish electric car maker Polestar. Polestar currently sells a high-performance sedan with 434 km per charge using a 78 kWh battery.

The U.S. market, with its overwhelming abundance of large electric vehicles, contrasts with the small electric vehicles sold in Europe, Asia and elsewhere. But in the US, adoption of new electric vehicles is at 5%, so producing too many EVs could become an inevitable situation. Someone who used to drive a Hummer just to go shopping might consider switching to an electric Hummer, but then might opt ​​for a modest electric sedan.

As more and more drivers gain experience with electric vehicles and become more comfortable with charging their vehicles every day, according to Stephanie Valdez-Streaty of Cox Automotive Mobility, journey worries per full charge can be alleviated. eliminate. Second-time electric vehicle buyers may be more inclined towards smaller vehicles or smaller battery packs.

But by then, the product offering needs to be more diversified, with more low-cost and lower-mileage models adding to the range of options. "If we're going to have mass adoption, there needs to be a price tag for everyone and something that fits their lifestyle," Valdez-Streaty said.