After the May inflation data, the problem for the Fed is increasingly difficult - they will have to push the US into a recession if it wants to control prices.

For much of last year, Powell acted like Arthur Burns, a former Fed chairman whose views are quite comfortable on inflation. But lately, he's become more and more like Paul Volcker, a Fed icon known for his anti-inflationist views.

This week, Powell is expected to continue to hold that view during the Fed's policy meeting. The agency is expected to raise interest rates by another 0.5%.

However, for now, at least, Powell has not shown support for harsh monetary policy and a recession. This is what Volcker did four decades ago to get America out of inflation. While Powell recently acknowledged that managing price pressures will require trade-offs, he has avoided mentioning a recession. 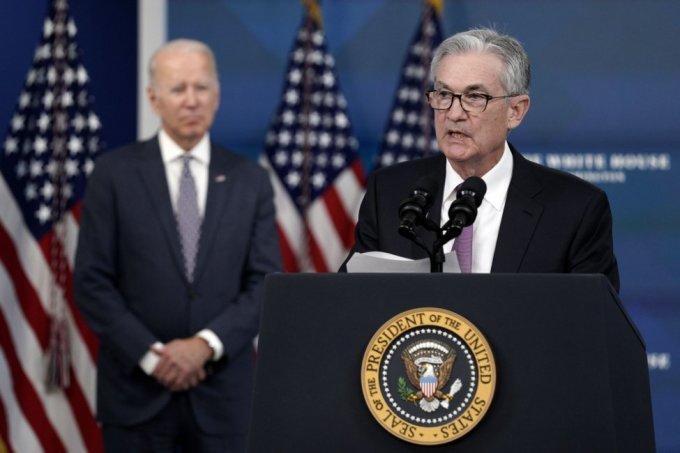 This is understandable, especially with the US entering midterm elections in November. "The Fed chair doesn't want to say outright that we need a recession. However, he hinted. only this many times," former Fed Vice Chairman Alan Blinder said on Bloomberg.

A growing number of officials, including Blinder, believe that to bring inflation back to acceptable levels, the US will also have to trade off with falling GDP and high unemployment, let alone pulling inflation back to the Fed's target. is 2%. "I'm increasingly pessimistic about the chances of inflation stabilizing without triggering a recession," said Bruce Kasman, chief economist at JPMorgan Chase & Co.

In a report released last week, chief economist at Bloomberg Economics Anna Wong and colleagues assessed the probability of a US recession this year at 25% and next year at 75%. "Recession this year is unlikely, but next year is hard to avoid," the report said.

Investors are also interested in this issue. Late last week, US government bond yields spiked. Shares also fell on concerns that the Fed would tighten monetary policy further after the report showed that US inflation in May hit a new 40-year high. Investors expect the Fed to raise interest rates by 0.5% in July and September. Some economists think that the Fed is discussing the possibility of raising interest rates by 0.75%.

However, the process of raising rates in the next few months depends on how much officials want to lower rates and how much they are willing to trade. The index of personal consumption expenditures (PCE) - the Fed's preferred measure of inflation - increased 6.3% in April from a year earlier. This speed is 3 times higher than 2% target. If we exclude food and fuel prices, the increase is 4.9%.

Ethan Harris - Director of Global Economic Research at Bank of America believes that the acceptable level of inflation for the Fed is 3%, then it will gradually lower. This will help them not to push the US into a recession. "Remember that old Paul Volcker stopped when inflation hit 4%," Harris said.

Former chief economist at the International Monetary Fund (IMF) Olivier Blanchard believes that the Fed and other central banks have let inflation get out of control. Therefore, these agencies should stop tightening monetary policy when inflation falls to 3% and consider that as a new target, rather than risk pushing the economy into recession only to have inflation fall to 2%.

Blinder said the Fed must strike a balance between the two risks. The higher inflation is for a long time, the more likely it is to drag down the economy. This is exactly what happened in the '70s, when Burns - then Fed chairman and his successor - Volcker sent the economy into great turmoil because of inflation.

However, if the Fed acts too aggressively to deal with price pressures, the Fed will also create many dangers. This agency could push the US into a deep recession, causing the unemployment rate to skyrocket.

Deutsche Bank economist Peter Hooper - one of the first on Wall Street to forecast a recession - thinks the Fed will repeat Burns' mistake if it allows inflation to soar during its tenure. This is also something that Powell does not want to happen.

For now, at least, Powell has what Burns doesn't: political backing for his anti-inflation goal. US President Joe Biden last month met with Powell. Recently, he has also repeatedly reiterated that the Fed is free to do what it deems necessary to rein in prices.

The US president also made it clear that he considers inflation the number one economic issue for the US. "Inflation is a threat to us," Biden said in an interview last week on ABC.