The battle of 'smartphones with wheels' between Google and Apple

Cars are now likened to "smartphones with wheels" when integrating many smart features and will make the two giants Google and Apple fiercely confront.

In recent years, besides design, interior or engine, software is also one of the factors that car buyers pay attention to. In effect, the software is controlling many things, from the system helping the driver maintain speed to making sure the car stops when the brakes are applied. When buying a car, many people ask the question: Should you choose a car with software compatible with Google or Apple? 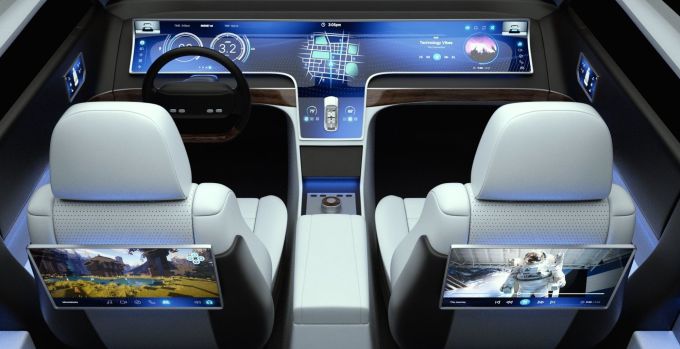 Today's cars function like "smartphones on wheels," but the problem is that it's nearly impossible for car manufacturers to create software on par with what tech companies offer.

In the past, users didn't care much about what software was running on their car. But when everything becomes connected, the car turns into a magnifying mobile device. This is what Google and Apple expect, pushing them to face each other in the new battle after the "arena" of Android and iOS, which is Android Automotive and CarPlay.

The Alphabet company is considered more of a pioneer in software for cars. Since 2017, the company has announced Android Automotive - an operating system installed in the car to control the integrated infotainment system, instead of just a customized version of Android from a smartphone.

Android Automotive is attracting a lot of attention with its ability to turn screens on many new vehicles into devices running custom Android applications for cars. With the platform, automakers can also license Google's own apps and services, like Google Maps or Google Assistant, through an arrangement called Google Automotive Services. The platform also does many other things through the process of collecting all the data on the vehicle, such as speed, battery status, heating, air conditioning ... to help users better control the vehicle. .

Currently, Google has announced partnerships with nearly ten automakers and parts suppliers, including Stellantis, Honda, and BMW. According to some manufacturers, it is advisable to work with Google to equip Android Automotive, because this is a platform distributed by a leading technology company, has regular updates, many features ... In the opposite direction, Google has more opportunities to reach millions of people using Android services through the Maps application or the Assistant virtual assistant.

Apple has not announced a platform like Android Automotive - an operating system that deeply intervenes in the car system. They also limited the mention of their plans in this area.

However, back in April, it was reported that Apple was building its own operating system called carOS to control smart cars with features similar to Tesla. According to Digitimes , instead of using a third-party solution, the company will develop the platform itself and integrate all control and entertainment features. The similarity with Tesla is that it will be the only system that controls all of the vehicle's functions.

In June, a demo of the next generation of CarPlay software, shown by Apple at WWDC 2022, also revealed some of its ambitions. At the event, the company showed an image of the interface of a future car, and announced a series of partners for CarPlay from 2023, such as Volvo, Ford, Honda, Renault, Mercedes and Porsche.

According to experts, Apple's move shows that it will introduce an integrated platform at the level of Android Automotive is likely to happen in the near future.

Apple says CarPlay will deeply control a number of features in the car, including the speedometer, revs and charging status. According to Isaac Trefz, a former software engineer at BMW, to display such important parameters, the system must be deeply integrated physically, especially in terms of the hardware that drives them.

Chris Jones, an analyst at Canalys, thinks it's likely that Apple has reached some sort of agreement on integrating CarPlay deep inside the vehicle. However, with the company's strict requirements, some automakers may back down.

With the above steps, experts who evaluate software for cars will be the next race for Apple, Google and other technology companies. However, this battle does not happen as quickly as with the mobile platform.

"The auto industry is very conservative. So if someone says car operating systems will explode in the next five years, they're probably too optimistic," said Trefz, who has decades of designing software systems. car control hardware and software, reviews.

Bao Lam (according to WSJ )