How does the energy shock put pressure on the European economy?

The energy price shock leaves the ECB in a difficult position as it grapples not only with rapidly rising prices but also a bleak economic outlook.

Over the past decade or so, the European economy has been stable, with interest rates bottoming and inflation low. But now, consumer prices are rising at a rate of over 8%, well above the European Central Bank's (ECB) 2% target. The ECB leadership has begun weighing its intention to raise interest rates, a message it will likely reaffirm at its June 9 monetary policy meeting.

The ECB also finds itself in a difficult position as it grapples not only with rapidly rising prices, but also a bleak growth outlook. This situation requires some patience.

The root cause of both headaches is the severe energy price shock. Oil and natural gas prices rose before Russia launched its military campaign in Ukraine. Then, this geopolitical crisis further escalated them.

Energy prices in the euro area - which rose at an annualized rate of 39% in May - are contributing about 4 percentage points to key inflation, compared with 2 points in the US, according to bank Goldman Sachs.

Contribution of energy prices to inflation in eurozone (%).  Graphics: The Economist

Contribution of energy prices to inflation in eurozone (%). Graphics: The Economist

Even so, the impact from high energy prices began to spread to other consumer prices. "Core" inflation, which excludes food and energy prices, rose faster in the euro area in May than economists expected.

German producer prices rose by a record 33.5% in April not only because of energy but also energy-intensive intermediate commodities, such as metals, concrete and chemicals. These greatly affect the costs of businesses and the purchasing power of households.

To what extent is the economy of the euro area at risk?

One consequence of the energy shock is lower real household income. Wage growth is modest across the region and slower than inflation. For example, wage growth in the Netherlands was only 2.8% in May, despite strong business sentiment and a tight labor market.

In a sense, this is good news for the ECB, as it reduces the risk of an inflationary spiral. But it could lead to lower consumption, weakening the rest of the economy.

Adjusted demand will add to the challenge for the manufacturing sector, where confidence has plummeted. Extended supply disruptions caused by recent China lockdowns and high energy prices are taking a toll on businesses.

Of these, Germany and Eastern Europe appear to be the most vulnerable to the industrial downturn. New orders for the region's manufacturers in May fell for the first time since June 2020, indicating weaker demand. Export orders also fell at the fastest rate in two years. 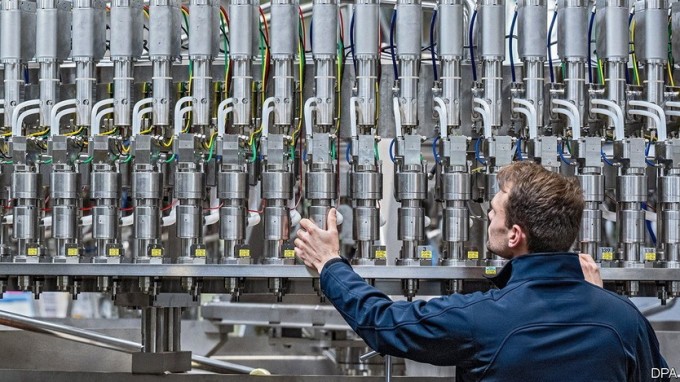 As a result, economists expect growth to slow down in the second half of the year, but a full recession may not be imminent. That's because some parts of the economy are well on their way to energy shocks. Many service companies are still reaping the rewards of post-pandemic reopening.

Southern countries are benefiting the most from their dependence on tourism. In Spain in April, visitors from the north to enjoy the warm sun had almost reached pre-pandemic levels. Overall, business sentiment in the service sector remains good. Many companies say the number of jobs that need people is increasing. In the first quarter, the number of vacancies is at a record high in the whole region.

Employers' hiring expectations have so far remained solid, albeit slightly weaker since the start of the war in Ukraine. More than a quarter of businesses in Europe say a lack of employees is preventing them from producing more.

Accumulating savings during last year's lockdown will also provide consumers with some resistance to energy shocks. According to calculations by The Economist , "excess" savings (i.e., the amount of savings left over from savings for the period 2016-2019) in France and Germany amounts to about one-tenth of disposable income of households. family in the first quarter of 2022.

This savings will help reduce the impact of the energy shock but will not offset it completely. The initial "excess savings" were not evenly distributed. Poorer people in rich countries and most households in poor countries have very little left to save.

In Slovakia, for example, the real savings rate did not increase much during the pandemic, and is now much lower than the long-term average. "The weakness in consumption will come from lower-income households. In fact, retail sales have been flat for months," said Jens Eisenschmidt, chief European economist at Morgan Stanley , said.

Many European governments have introduced massive spending programs to protect households from high energy prices. According to the Bruegel consultancy, Germany, France, Italy and others are spending between 1% and 2% of GDP on this activity. However , not all spending is precisely targeted , according to The Economist . In contrast, much of that relief goes to well-off households that don't need it. While other measures involve price intervention, it benefits energy suppliers.

Even if the euro area is not in recession, the energy shock will be a drag on growth. The ECB faces an intractable dilemma. If inflation due to food and energy prices increases, the European economy will weaken.