European economic order turned upside down because of energy crisis

Germany was pushed to the brink of recession when Russia cut off gas, while Italy - a country often experiencing economic crises - suffered little impact.

A few weeks after Russia launched a military operation in Ukraine, Claudio Descalzi - CEO of Italian energy company Eni made a series of visits to gas suppliers in Africa. He also held several meetings with Algerian, Angolan, Egyptian and Congolese officials in February and March. The meetings were attended by Italian officials.

Eni and Italy are taking advantage of the available supplies to buy more gas, replacing the supply from Russia. This flexible change is something that many European countries cannot do, in the context of a gas cut by Russia.

Germany is an example. The economic powerhouse has long been known for its careful planning. But this time, they were almost defenseless. Germany is on the brink of recession. Their industrial sector is preparing for a gas quota allocation. Some businesses have even been nationalized.

In contrast, Italy - a country that is familiar with economic crises - is much more resilient. They secure additional supplies and confidently do not need to allocate gas. The government of this country rates its energy security as "best in Europe". 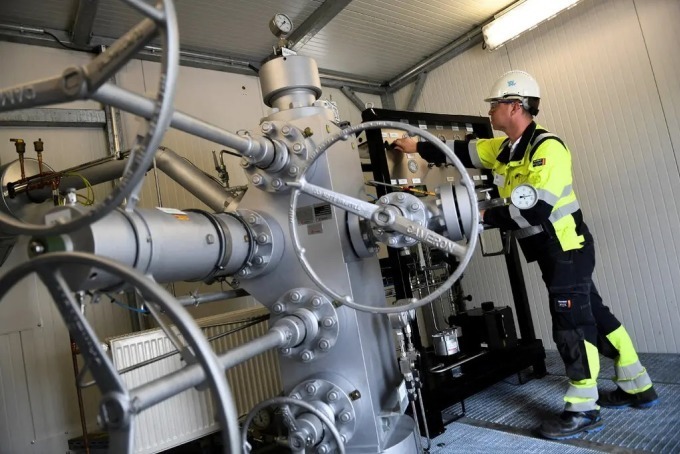 "The goodwill that some European countries have for Mr. Descalzi is a competitive advantage," said Alberto Clò - a former Italian industry minister, in the context of many countries having difficulty signing energy purchase contracts.

The contrasting situation of these two countries shows that the energy crisis is having an uneven impact on Europe. Countries in this region have varying degrees of gas dependence on Russia.

Much of Europe faces a supply crunch as winter approaches. The countries most at risk are Germany, Hungary and Austria. Less affected countries are France, Sweden, Great Britain and Italy.

Martijn Murphy, an oil and gas expert at consulting firm Wood Mackenzie, said that although Italy used to consider Russia its biggest gas supplier, its diversification of supply and its long-standing relationship with Africa means resistance. Their tolerance will be better than many countries if Russia stops selling gas.

"Eni has a close relationship with all the countries in which they have a presence (such as Algeria, Tunisia, Libya, Egypt), as well as the countries where they invest and operate," he said.

Post-war energy shortages have forced governments to find ways to address the risk of being too dependent on one supply. It is reminiscent of the 1970s energy crisis that forced the West to rethink its dependence on Middle Eastern oil. Since then, exploration and alternative sourcing has exploded globally.

The German Economy Ministry said it wanted to stop relying on Russian gas imports and diversify supplies as quickly as possible. Initially, they are leasing 5 floating ports to receive liquefied natural gas (LNG). Germany currently has no LNG ports, while Italy has three in operation and recently purchased two more.

Most of the additional gas purchased comes from Algeria. On September 21, the country announced it would increase the amount of gas sold to Italy by nearly 20%, to 25.2 m3 this year. This means they will become Italy's largest gas supplier, contributing nearly 35% of imports. Russian gas is now only a very small percentage, Mr. Descalzi said this week.

Meanwhile, Germany last year imported 58 billion cubic meters of gas from Russia, contributing 58% of consumption. However, since June, the amount of gas supplied through the Nord Stream 1 pipeline has decreased and stopped completely in August.

When there are not enough long-term supply agreements with other countries, and the country's oil companies also have few operations abroad, they are forced to look to the spot market. Germany is paying eight times as much as the same period last year to buy replacement gas.

Geographic factors also contribute to energy security. Germany is not as close to North Africa as Italy. They also do not have large oil and gas reserves.

However, German officials miscalculated over the years, not after the Russia-Ukraine conflict. In 2006, Italy was the country with the fastest access to Russian gas. Eni then signed a record gas deal with Gazprom. But over the past eight years, Germany has grown increasingly dependent on Russia, while Italy has sought to spread risk.

The change began when the Italian government had a new leader to replace Prime Minister Silvio Berlusconi - a longtime friend of Putin, and Descalzi took power in Eni. Descalzi has extensive exploration experience in Libya, Nigeria and Congo. So he focused on the area he understood best - Africa.

In 2015, Eni discovered Zohr - the largest gas field in the Mediterranean. In 2019, they signed a contract to extend gas imports with Algeria until 2027.

After Russia annexed Crimea in 2014 and received many Western sanctions, Italy stopped a gas project with Russia. They then moved on to build a smaller pipeline, going from Azerbaijan through Greece and Albania.

Germany is not reducing its dependence on Russia. "Europe and Russia have had an energy relationship for the past 40 years. There has never been a day when gas has been used as a strategic weapon against the West," said Johannes Teyssen, CEO of E.ON at the time.

In 2015, Gazprom also signed a contract with two German companies, E.ON and Wintershall, to build the Nord Stream 2 gas pipeline. The day before Russia opened a military operation in Ukraine, Klaus-Dieter Maubach - CEO of Uniper - The company that imports the most Russian gas in Germany also considers Gazprom a reliable supplier.

That view has now changed. Seven months after the conflict, Uniper is about to sue Gazprom for cutting supply, prompting Uniper to seek a bailout of up to 29 billion euros from the government. In September, the German government also agreed to nationalize the company.

Germany aims to completely replace Russian gas by mid-2024. Still, some energy firms say it will take longer than that, as alternative sources are scarce.

"We have depended for too long and too much on Russian energy supplies," German Chancellor Olaf Scholz said in June. ".