Analysts Shanghai Orient Futures and Citic Futures estimate that China's Ministry of Commerce will likely approve between 10 million and 5 million tonnes of refined oil exports in October, bringing the total quota for this year to 39 million. tons, 3.7% higher than in 2021.

The Straitstimes also reported that China's refineries are preparing to launch a huge amount of diesel on the world market just in time to meet winter demand.

Specifically, Refinitiv (UK) said that Beijing has granted factories quotas of up to 15 million tons of oil products for the rest of the year, partially reversing an export ban imposed last year. 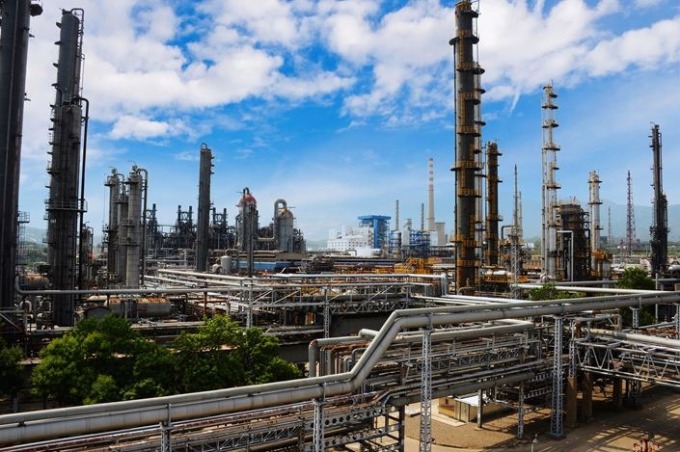 A Sinopec refinery in Beijing on July 8. Photo: VCG

"We believe the bulk of this export quota will go to diesel. It's driven by Chinese refiners looking to cash in on strong international margins amid weak domestic demand due to the pandemic. ", said Yaw Yan Chong, Refinitiv's director of oil research.

Diesel is widely used as a heating and power generation fuel in the Northern Hemisphere during the winter, but supply this year has come under severe pressure due to the Ukraine conflict. Price tracker Quantum Commodity Intelligence predicts any increase in exports from China will head west.

"It is likely that the volume of Asian oil will flow into Europe, where supply has tightened significantly since the Ukraine war. The spread is likely to remain wide for a while as Europe seeks to replace products. Russian oil products," Quantum commented.

About half of Russia's petroleum product exports went to Europe before the Ukraine crisis, according to the International Energy Agency (IEA). But Western sanctions have disrupted supplies and pushed up fuel costs.

The impact is spreading globally as European nations scour the world for alternative supplies. In Europe, the transition from gas to oil for power generation has increased demand for winter fuels.

According to him, if China continues to expand diesel exports, it will be seen as a positive and constructive move for the market. "Other refiners in the region may not be too pleased as the additional supply will dampen the market outlook, but consumers won't complain," he said.

China exported an average of 2 million tons of diesel per month before the ban on petroleum exports took effect in July 2021, reducing exports to about 525,000 tons per month.

According to Yaw, the move to expand exports is unprecedented, especially given the recent policy of the world's second-largest economy to limit overproduction in order to reduce carbon emissions.

Since the middle of last year, the country has cut exports of refined petroleum products such as gasoline, diesel and jet fuel as state-owned refineries must focus on meeting domestic demand.