BMW cooperates with Toyota to develop a hydrogen-powered SUV

The German automaker will start producing and selling hydrogen-powered vehicles in cooperation with the Japanese automaker, as early as 2025.

In 2021, at the Munich auto show, Germany, BMW launched the iX5 Hydrogen model - a hydrogen-powered version of the standard X5 model. And while the iX5 Hydrogen will be in limited production from the end of this year, a new report from Nikkei Asia suggests a mass production version could arrive in the next few years.

BMW sales manager Peter Nota said that production and sales of the hydrogen-powered car could start as early as 2025. Nota also hinted that the first of these could be a car. SUVs. 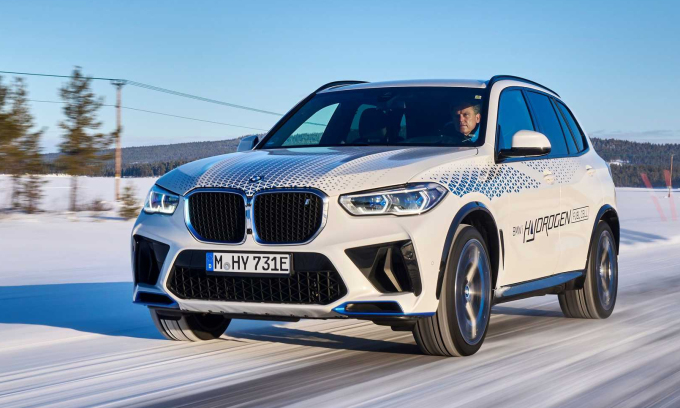 The report also indicates that hydrogen-powered vehicles will be co-developed with Toyota's support. Previously, the two automakers had a partnership since 2013.

BMW and Toyota created the GR Supra model - a two-door car that shares much in common with the Z4. In addition, Toyota's experience in developing and manufacturing hydrogen vehicles, such as the Mirai, will be particularly useful in the upcoming cooperation. In fact, the two have created a hydrogen car before - the BMW 5 GT series - but only at a prototype.

For BMW, hydrogen vehicles are a way to overcome the challenges that are emerging with the development of pure electric vehicles. Nota emphasized, that not all charging infrastructure is created equal, and that the availability of raw materials for production is somewhat scarce.

Therefore, the German firm's stance is "not to put all the eggs in the same basket". As Nota points out: "We believe in the importance of diverse technologies - pure electric vehicles, as well as hydrogen vehicles and internal combustion engines."

Not much is known about the iX5 Hydrogen at the moment. The concept model has a capacity of 168 horsepower, but it is not clear how to run with a full tank of fuel, while the car has two hydrogen gas tanks with each weighing 6 kg.